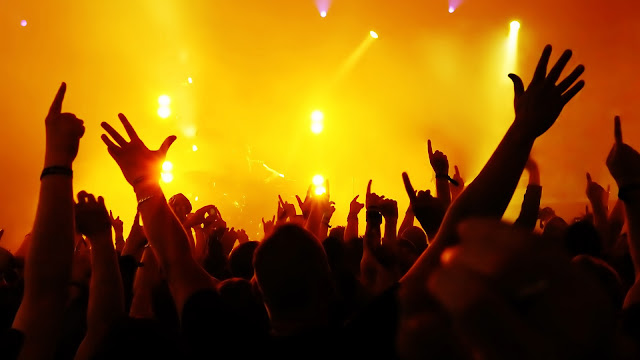 Featuring all 4 of the Westwood Collegiate 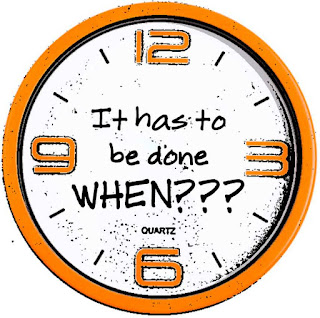 I have been receiving a few questions about up-coming due dates and the like, so I thought I would redirect everyone to the post from March 18th where we covered a big chunk of the up-coming events. Click on the link below for more info.

We are putting up this post to let you know about a very exciting and unique fundraising opportunity for the Band Program.  This year, we will again be selling a band DVD, which will feature lots of movies and tons of photos from each performing ensemble in the Band Program and including every concert.  We have been compiling this information over the past year, and we cannot tell you how excited we are about this dynamic project.  This exciting keepsake can act as a supplement to your son’s or daughter’s yearbook or act as a stand alone souvenir of the “too numerous to mention” accomplishments of the band program.  All orders must be pre-paid and no orders will be accepted after the 3rd of June. A parent committee will be at the concert on the 30th to take your order.  The DVDs will be available for pick-up some time during the week of the 15th of June in the Band room.

Please detach the lower portion and bring it to the concert with your cheque.

PLEASE MAKE ALL CHEQUES PAYABLE TO WESTWOOD BAND CD
at May 22, 2013

A Great Day with R.D.Parker 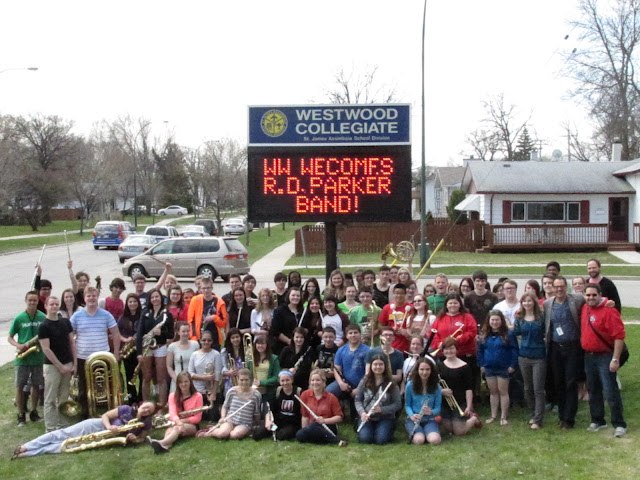 Apparently we don't spell so good.

After months of planning, the day finally arrived and the wonderful students and parents of the R.D. Parker Band program arrived at Westwood.

The Grade 10 Concert band made their arrival extra special by staring out side and meeting the bus as it pulled up.  From there the students met for a bit and got to know each other before they made their way to the theatre for a group performance.

R.D. Parker opened the concert with Anthem for Winds & Percussion (Claude T. Smith) and Great Locomotive Chase (Robert W. Smith).  Both pieces were superbly played and the 10's cheerd them on after each selection.

Then it was our turn and the 10's performed:  Abracadabra (Tichelli) and Prelude and Pursuit (Sweeny).  Both pieces were well received and the students were excited for more, so both bands merged together to for a mass band and they all played the Great Locomotive Chade together.

At this point the 10's, unfortunately had to go back to class.  So, everyone took a break and went back to the band room to enjoy some muffins, cookies and juice provided by the students from Gr10 +12 Concert Band.

R.D. Parker went back to the theatre and had a clinic with Mr. Edwards for an hour on their music and everyone was able to have a few laughs and feel pretty good about their wonderful playing.

Lastly, the band was joined by the Gr. 12 Concert Band from Westwood and the massed group performed Stardance (Sweeny) much to the delight of everyone involved.

Everyone from Westwood would like thank the students, teachers and chaperones from R.D. Parker fro making the effort to stop by and share their music making with us.

On Sunday May 15th (Mother's Day) the Sr. Jazz was invited to open for the season finalé of the renowned Winnipeg Jazz Orchestra featuring Ken Poplowski - the King of Swing.  Sr. Jazz was really excited and a little nervous about performing at this prestigious gig.  That said the band came rarin' to play an brought with them some of their own dynamic energy.

Their first set included the infamous Ray Charles hit - Let the Good Times Roll and was followed by Benny goodman's arrangement of the Louis Prima Classic - Sing, Sing, Sing.  By the time the band was done its last note the audience leapt to its feet in ovation.  As one audience member remarked, "Iv'e been listening to that song since I was 5 and you guys sounded just like the original."  A pretty big compliment, as the "the original" that he was referring to was recorded live at Carnegie Hall in 1938 by the Benny Goodman Big Band.

The Band's second set include a reggae/ swing arrangement of Bobby McFerrin's hit - Don't Worry, Be Happy and one of the biggest hits for the funk band Tower of Power - What is Hip?  These two tunes were also well received and the band was lauded for their exemplary performance. 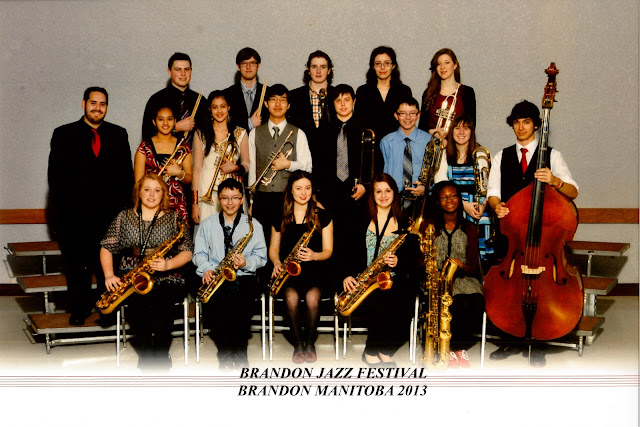 This Wednesday we will be hosting the R. D. Parker Band from Thompson Manitoba.  The students and I are really excited about this wonderful collaboration.  R.D. Parker has a lengthy history in our province of having a wonderful program full of enthusiastic and talented musicians.  You can see what they have been up to on their wonderful web site - http://www.rdparkermusic.com

Our day is one of collaboration as they will play some of their music for us and then we will reciprocate and, in the end, have a chance to play together as one massed band.

In order to get everything ready for the best possible experience, I have asked the Gr. 10 Concert Band to be at school on the 15th (this wednesday) at 7:00 a.m. to help set-up.  In addition, I will be circulating a sign-up sheet in Gr 10 and 12 Concert Band today (Monday) for students to bring in muffins, juice and the like to make a bit of a "Green Room" for the students as they make their way through the day.  We sincerely hope you will consider donating some baked goods to help with this wonderful collaborative event. 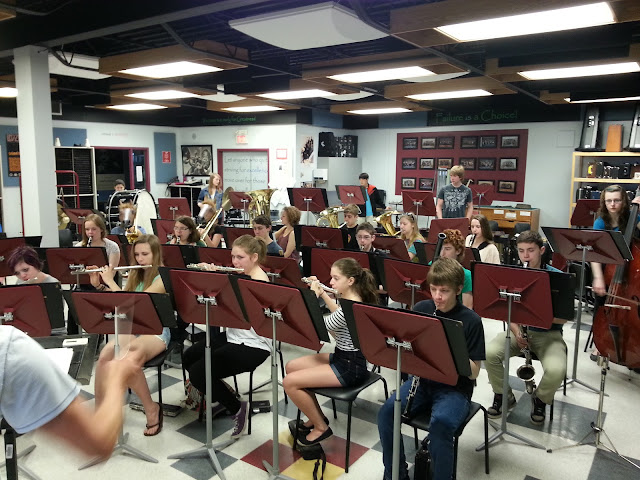 We are very excited to announce our partnership with the Winnipeg Jazz Orchestra.  In just a few short weeks we are going to be opening for this prestigious ensemble on Mother's Day - Sunday May 12 at the Winnipeg Art Gallery @ 2:00 p.m.

Benny Goodman was definitely the King of Swing, but clarinetist Ken Peplowski is standing tall in the shadow of his royal legacy.  In fact the late Mel Torme said, “Since the advent of Benny Goodman there have been too few clarinettists to fill the void that Goodman left.  Ken Peplowski is most certainly one of those few”.   He not only mirrors Benny’s tone and virtuosity, but for well over 30 years this charismatic entertainer has been delighting audiences with his warmth, wit, and musicianship.
Our Sr. Jazz has been invited to open for this historic concert event.  So treat your mom to some swingin' jazz and come down to the Art Gallery for a wonderful afternoon of entertainment.
Ticket Policy:

In appreciation for the effort and dedication of our students, the W.J.O. are proud to offer the following ticket options. Please review the following complimentary ticket policy:
One free ticket is provided to each student performer and any supervising teachers for the concert in which you are performing (up to a maximum of 25 in total).
Significantly discounted tickets to guests of the student performers and teachers: